Welcome to our monthly newswire. In this issue we cover a number of recent tax changes and things to be aware of in the future. As usual contact us if you wish to discuss any matters further.

The “off-payroll” working rules that apply to certain workers supplying their services to clients via their own personal service companies start from 6 April 2021.

Under this new regime end user businesses will be required to determine whether that individual would have been treated as an employee or not if directly engaged. This will be a significant additional administrative burden on the large and medium-sized businesses to whom the new rules apply. This is a complex area based on different decisions by the courts and HMRC suggest that end user organisations use the CEST (Check Employment Status for Tax) online tool on their website to help with the determination. The end user business is then required to issue the worker with a Status Determination Statement setting out the reasoning for their decision, a copy of which is also given to any agency supplying the worker if relevant.

The determination notifies the agency that PAYE and NIC should be deducted from payments to the worker’s personal service company. That information should be passed down the labour supply chain if other entities are involved, and the ultimate fee payer is liable for making the tax and NIC deductions. If HMRC are unable to collect the tax from the fee payer, the liability will pass up the labour supply chain thus encouraging the end user organisation to carry out due diligence to limit their exposure.

The 130% rate does not apply to equipment such as air conditioning and central heating that normally qualify for a 6% writing down allowance. Such “integral features” qualify for a special 50% first year allowance for the same two-year period.

Please contact us to discuss the tax implications of major capital expenditure decisions. 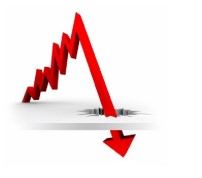 In the March Budget it was announced that the normal one year carry back for trading losses would be extended to three years. This means that many businesses that have made losses during the COVID-19 pandemic may be able to obtain a repayment of tax paid in that three-year period. This enhanced carry back applies to unincorporated businesses as well as limited companies and the details are set out in the latest Finance Bill.

For corporation tax purposes the loss-making accounting period must end between 1 April 2020 and 31 March 2022 to qualify for the three year carry back. For unincorporated businesses, the trading loss must be incurred in 2020/21 or 2021/22.

Please contact us if you need assistance in complying with the new rules.

NO CHANGE FOR “SMALL” EMPLOYERS

“Small” businesses will be outside of the new obligations and services supplied to such organisations will continue to be dealt with under the current IR35 rules with the worker and his or her personal service company effectively self-assessing whether the rules apply to that particular engagement.

The definition of “small” is based on the existing Companies Act 2006 definition. That is where the business satisfies 2 or more of the following features:

UBER DRIVERS ARE WORKERS NOT SELF EMPLOYED

The Supreme Court has ruled that drivers for the ride hailing App Uber are workers not self-employed individuals and hence are entitled to holiday pay, pension rights and the right to be paid the national minimum wage. This case will have implications for other workers in the “gig” economy and may also have a bearing on the tax status of such workers. HMRC will certainly be taking an interest in the Supreme Court ruling. Note that tax law doesn’t necessarily follow employment law, but the boundaries are becoming increasingly blurred making it difficult to determine an individual’s employment status with absolute certainty.

The Treasury normally issue a bundle of tax consultation documents on Budget Day. This year however they chose to delay the publication until 3 weeks after the Budget. We were expecting the consultation documents to include major changes to CGT and IHT, but it would appear that these have yet again been delayed. The Treasury have accepted a number of recommendations by the Office of Tax Simplification (OTS) on simplifying IHT reporting. From 1 January 2022 over 90 per cent of non-taxpaying estates each year will no longer have to complete IHT forms for deaths when probate is required. The government will also consider introducing a new digital system for IHT and probate reporting.

Another consultation is seeking views on modernising the tax administration system including changes to the payment dates for those outside PAYE. It would appear that HMRC are reconsidering a possible Pay as You Go system for the selfemployed that was originally consulted on in 2016.

The court determined that the drivers were in a position of subordination to Uber. The only way the worker could increase their earnings would be to work longer hours as Uber set the fare charged to the customer. This indicates that the driver is under the control of Uber, a key factor in determining employment status. However, it could be argued that there is limited Mutuality of Obligation as the drivers are able to refuse certain rides, although that may result in sanctions by Uber.

MORE DETAILS ON THE NEW SUPERDEDUCTION FOR EQUIPMENT

In the Budget on 3rd March the Chancellor announced a new 130% tax relief for expenditure on new plant and machinery incurred between 1 April 2021 and 31 March 2023. It turns out that this new tax relief is only available to limited companies and the latest Finance Bill reveals a nasty sting in the tail when the equipment is sold, as the clawback on disposal is potentially at the same 130% rate. So, if a new item of plant cost £100,000 the company would be able to deduct £130,000 in arriving at taxable profits thus saving £24,700 in corporation tax at 19%. However, if the plant was sold for £80,000 on 1 April 2023 130% of the proceeds would be clawed back and £104,000 added to taxable profit which could result in up to £26,000 corporation tax payable at the new 25% rate. The claw-back rate reduces on a time basis from 1 April 2023 onwards so it would be advisable to retain the asset long term.

Among the documents published was an interim report on the government’s Fundamental Review of Business Rates, which sets out a summary of responses to last year’s call for evidence. The final report will be published in the Autumn. The government will also legislate to tighten tax rules for second homeowners meaning they can only register for business rates (and business rates relief) if their properties are genuine holiday lets. This will close a loophole that allowed some second homeowners to avoid paying council tax on that property, and some were even claiming coronavirus support grants for their “business”.